Kauffman Stadium, home of the Kansas City Royals, was on BOOO-tiful display over All-Star Weekend two weeks ago.  Both sides of the Kansas/Missouri state line enjoyed the excitement and historic attention (40,000 fans for a Futures Game) brought by the Major League Baseball showcase. 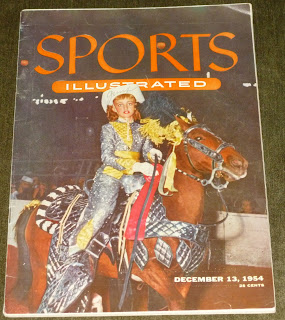 I could have added more than 34.  But I like 34, and it seemed like a good place to stop.
Labels: Butler Chiefs Cono Kansas City Kentucky Derby Royals Sports Illustrated Wooden yankees YMCA